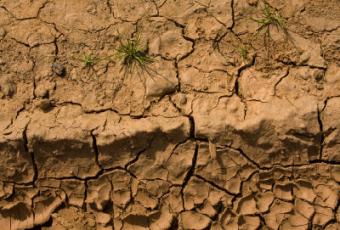 Toxic compounds (also known as pollutants or contaminants) that are present in soil in concentrations high enough to be considered a threat to human health and the environment are considered to be examples of soil pollution.

No matter how contaminated or unpolluted the soil is, it will always have a variety of naturally occurring substances that are referred to as contaminants. Metals, inorganic ions & salts (such as phosphates, carbonates, sulphates, and nitrates), as well as a wide variety of organic molecules, are examples of these types of pollutants.

The majority of these substances are produced as a result of microbial activity in the soil and the breakdown of organisms.   In addition, different compounds can enter the soil from atmosphere, such as with the water that comes from precipitation. See Also Light pollution.

These compounds can also enter the soil as a result of wind activity and other forms of soil disturbances, as well as from the surface water bodies & shallow groundwater that flow through the soil. Pollution is created when the concentrations of soil contaminants surpass natural levels (the levels that are normally present in distinct soils).

The most important contributors to soil contamination are natural causes and anthropogenic (man-made) causes, which simply mean those that are caused by humans.

The Effects Of Soil Pollution

Polluted soil has negative effects on all living things, including humans, animals, and plants. Even while everyone is at risk for soil pollution, the impacts of soil pollution can vary greatly depending on age, overall health, and a host of other reasons, such as the kind of pollutant and contaminant that is inhaled or swallowed.
However, because they play in the dirt more often than adults do, children are typically more likely to be exposed to toxins. When this is paired with their weaker disease resistance, the result is higher dangers for children than for adults. Before letting your children play in an area without first having it tested for its safety, especially if you reside in a heavily industrialised region, it is imperative that you conduct soil testing.

Headaches, nausea, weariness, skin rash, and eye irritation are only some of the symptoms that may be caused by soil pollution. These symptoms may be followed by more serious disorders such as neuromuscular blockage, liver or kidney damage, and a variety of cancers.